20 students from across two schools in the London Borough of Islington - Central Foundation Boys School and St Mary Magdalene Academy - were given the chance to meet the Labour Party leader.

The students attended the Labour Party’s offices to watch PMQ’s with two selected students chosen to witness PMQs from within the Commons Chamber and watch the debate in person.

Following the conclusion of PMQs Sir Keir Starmer spent some time with LYR and the students to answer questions and discuss life skills, a core element of the Active Row programme. As part of the discussion, the young people quizzed Sir Keir Starmer on topics ranging from climate change, which proved to be an important subject for the students, as well as understanding his ambitions should the Labour party form the next government. Ahead of speaking with the Leader of the Opposition, the students engaged with Labour staff in a session focused on two Life Skills, Teamwork and Leadership, before discussing these two themes with Sir Keir Starmer and his experiences.

Sir Keir Starmer, Labour Party leader said: “I was lucky enough to have seen first-hand the fantastic work Active Row do with young people, from a variety of backgrounds. The confidence, satisfaction and health benefits provided are unquestionable, and wonderful to see.

“The team running the programme are setting a brilliant example of the social value of sport.”

A recently completed Social Return on Investment study of LYR’s Active Row programme over a four-year period showed significant benefits in the overall life satisfaction and key measures of wellbeing for those taking part, as compared to a control group of peers not taking part. The study indicated that Active Row delivered over £40 of social benefit for each £1 invested in running the programme.

Active Row is delivered across the country, throughout Yorkshire, Kent, Nottingham and London. In 2022, LYR further expanded its flagship programme, launching a new inner city London rowing programme, Active Row Islington, which students from the two schools in attendance today are involved in.

Active Row Islington provides over fifty Concept 2 rowing machines to schools in the area, with funding from Henley Royal Regatta Charitable Trust, the London Borough of Islington, and the schools themselves who support the allocation of an Active Row coach to oversee the project and set up indoor rowing clubs in each of the schools, as they take part in extracurricular indoor rowing Clubs.

Matt Rostron,CEO, London Youth Rowing said: “What an amazing opportunity for young people to talk about life skills and see first-hand how that works in politics. Thanks to the funding from Henley Royal Regatta Charitable Trust and to the schools themselves for allowing this rare opportunity to eventuate and hopefully inspire some of the next generation.”

Lola Okolosie,Teacher at Central Foundation Boys School added: “For the students to see that all this happens on their doorstep and that the politicians, like Sir Keir, are human beings was a really cool experience. We hope that it shows them that it is achievable for them too.”

Maddie, St Mary Magdalene Academy, Islington said: “It was so surreal going into the House of Commons – I couldn’t believe how loud it was – the only thing I can make a comparison to would be going into our school forum right before a big football match, everyone yelling and chanting for their side to win.”

As with all of LYR’s programmes, Active Row Islington combines both indoor and on-water rowing, with a firm focus on improving equality, inclusivity and diversity. Of the 11-18-year-olds introduced to rowing by LYR in 2021-22, 57% were from ethnic minority backgrounds, 41% were female and 15% were SEND (Special Educational Needs and Disability) participants. 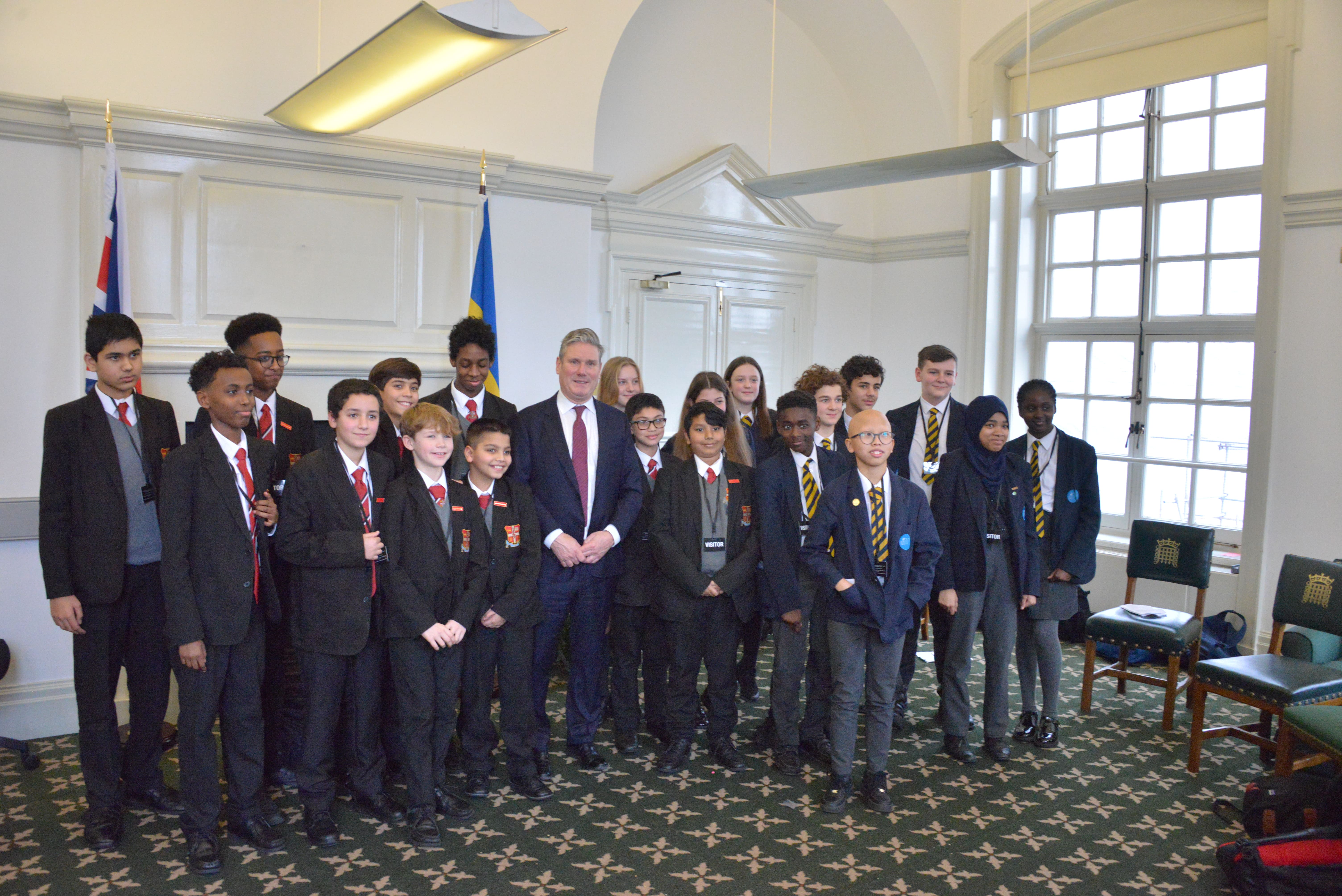 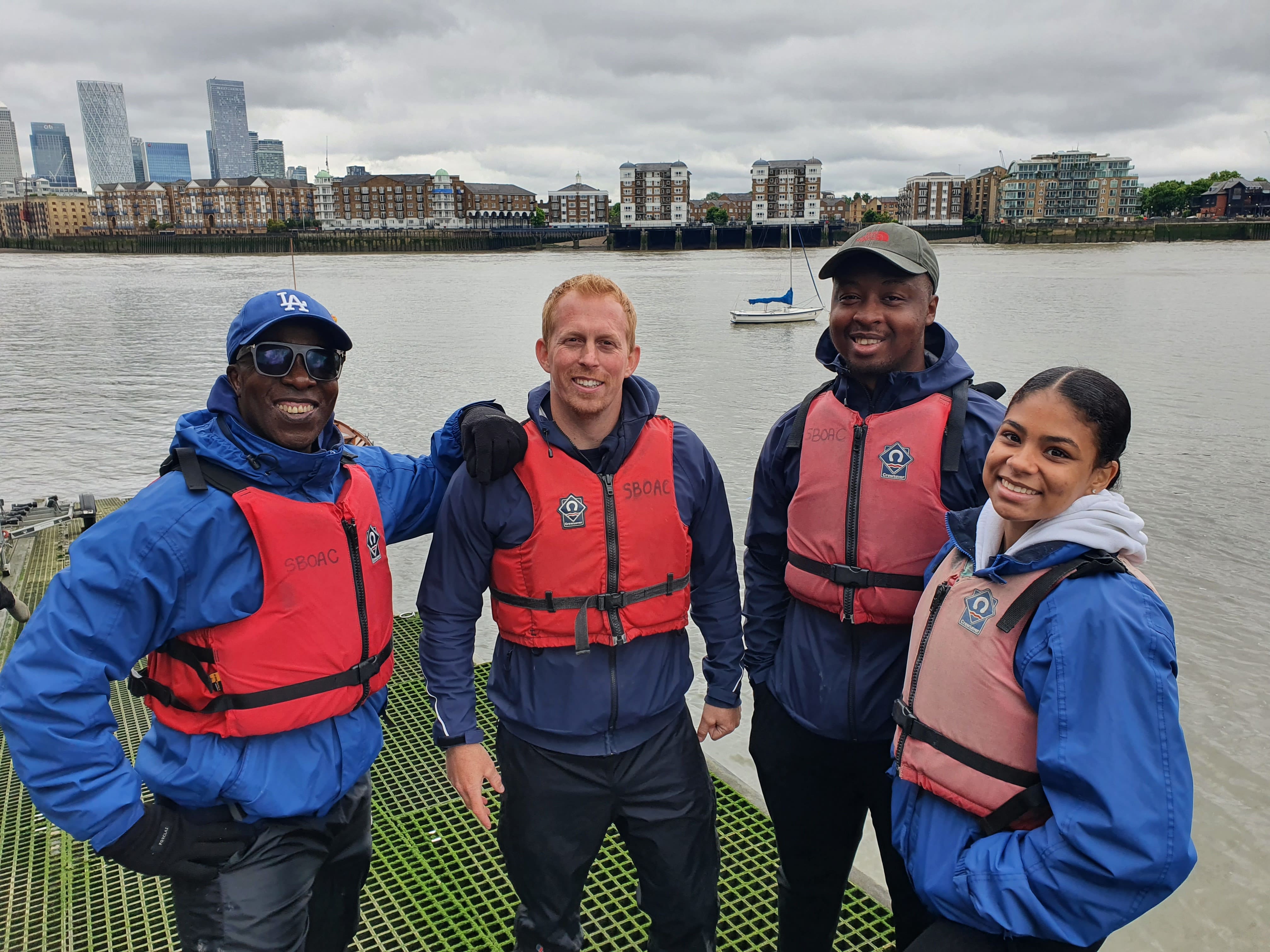 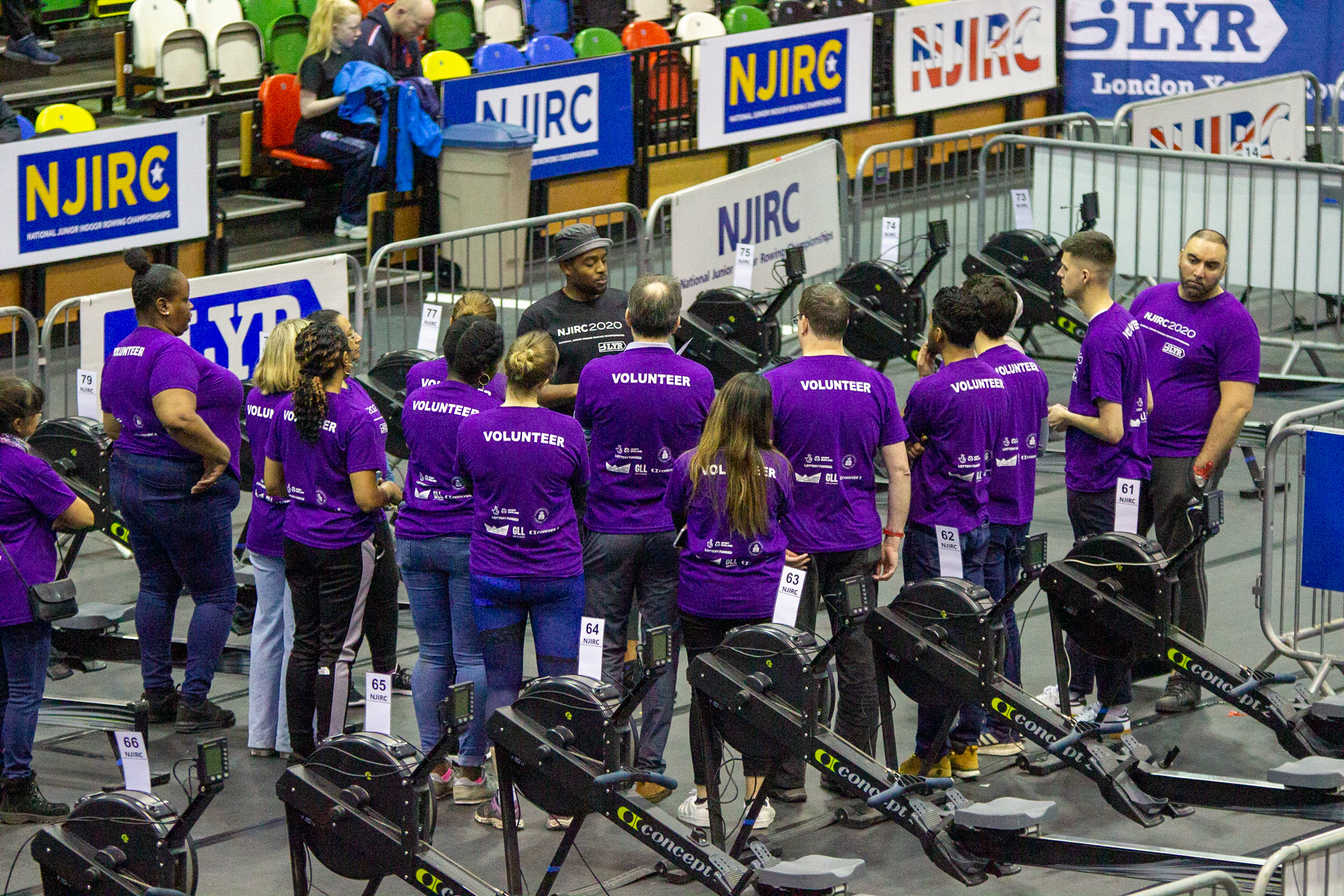 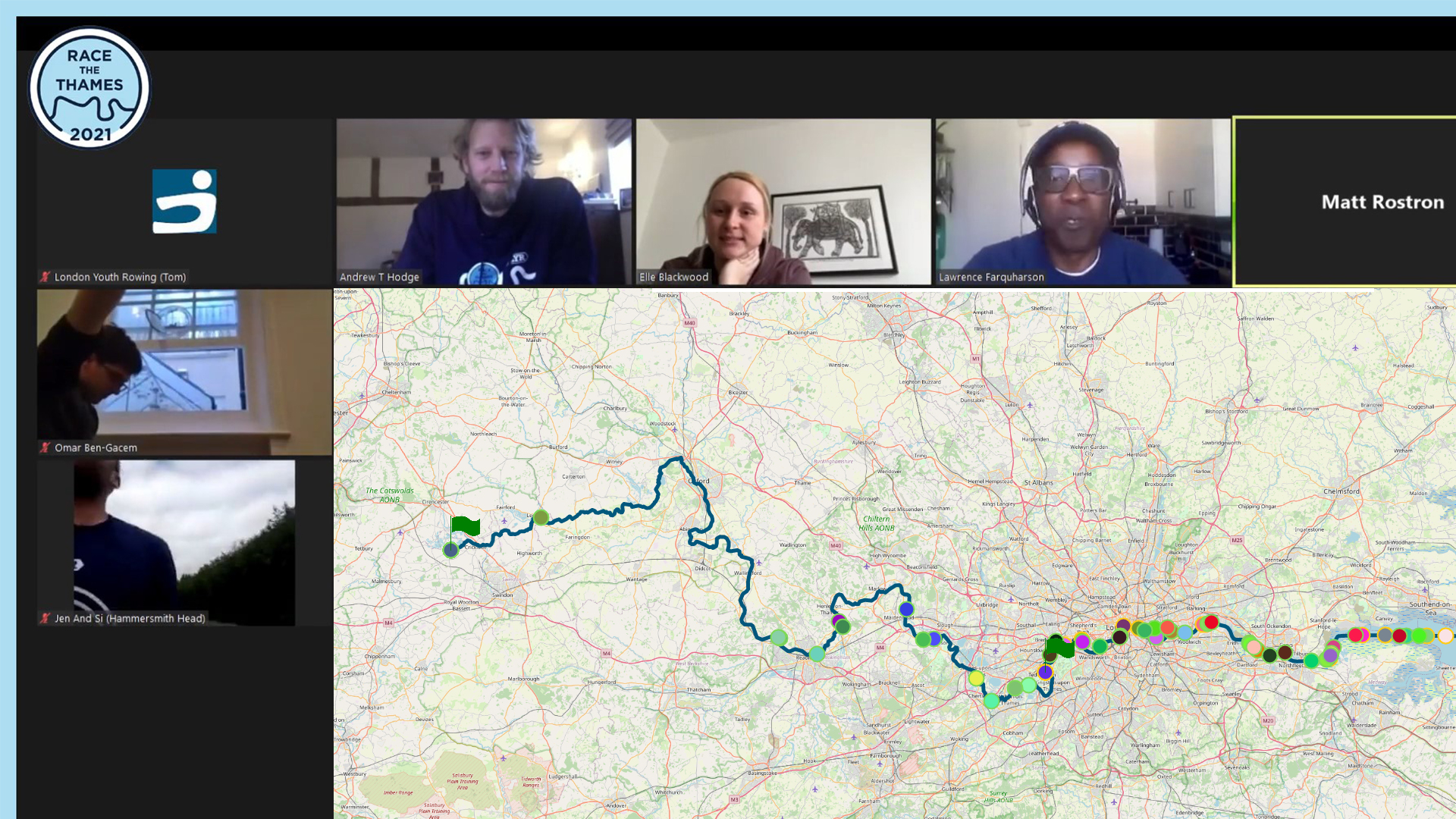 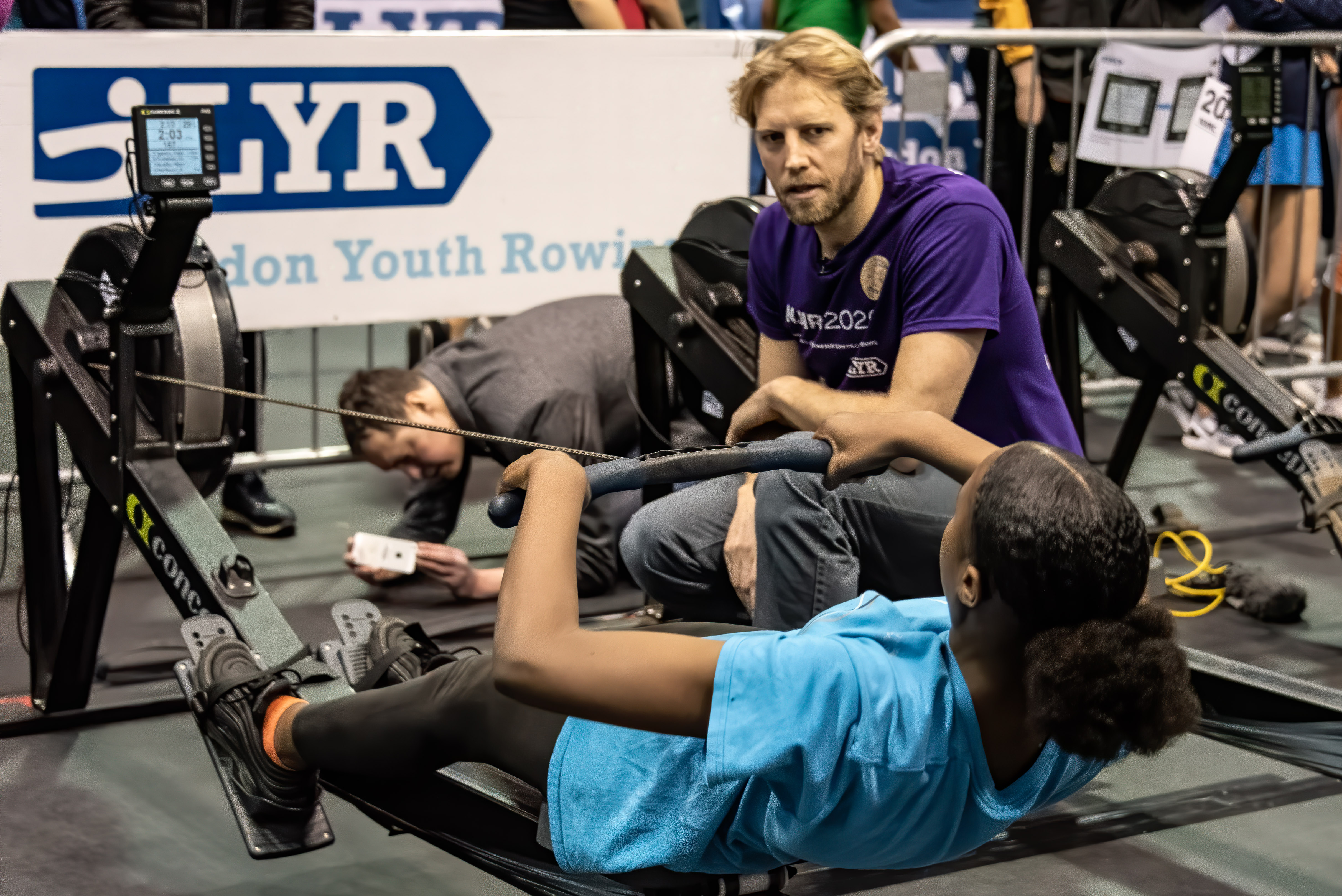